A party of nine had a pleasant crossing and easy landing on Sunday morning. After the usual introductions and safety talk we split into work groups and made good progress with the tasks for the day.

Overhanging vegetation was removed from the rear of the shade house where the new cabins will be located.

Colin Cordes and his helpers removed the old weed mat from two shade houses and replaced it with new. This is part of the work needed to re-instate the nursery operation which we intend will commence when Vonny returns in September.

Other tasks included investigations into the sound system at the new site we are hoping diving petrels will adopt. After much tooing and froing it appears that the control box has a fault and that we need new speakers.

Kay Milton made a number of transect counts of birds as part of the fieldwork for a new national bird atlas of New Zealand while Chris Green continued his search for wētāpunga to collect DNA samples.

We finished the day with a few small tasks and then made a quick check of some penguin boxes. It’s great to see them back. There was also evidence of fluttering shearwaters attending some of their boxes, four gannets have taken up residence at their site near the north end and five NZ dotterel were present between Home and Macrocarpa Bays.

Work is well underway to purchase and install two new cabins which will provide dedicated overnight accommodation for our members and volunteers. The cabins will be located in the rear standing out area of the nursery which will be modified to suit.

Funding for one of the cabins has been provided by a generous grant from the Becroft Foundation. We have also had a wonderful offer of dollar for dollar funding from one of our long-term members up to a total of $5,000. So if we can raise a matching amount that will be a total of $10,000 which will be enough to allow us to go ahead with the purchase.

Members and friends have received an e-mail appeal for donations but if you haven’t been contacted and would like to help please get in touch via mrsadmin@motuora.org.nz

2. Matters arising from the Minutes

5. Election of Officers and Committee Members*

*The officers of the Society comprise the Chairperson, Deputy Chairperson, Treasurer and Secretary, and the Constitution calls for at least two other committee members.  Nominations for all these positions will be accepted by mail, to be received by the Secretary at PO Box 100132 North Shore, North Shore City 0745, by Thursday 23 May 2019.  Nominations will also be accepted from the floor at the meeting.  All nominees, proposers and seconders must be financial members of the Society. 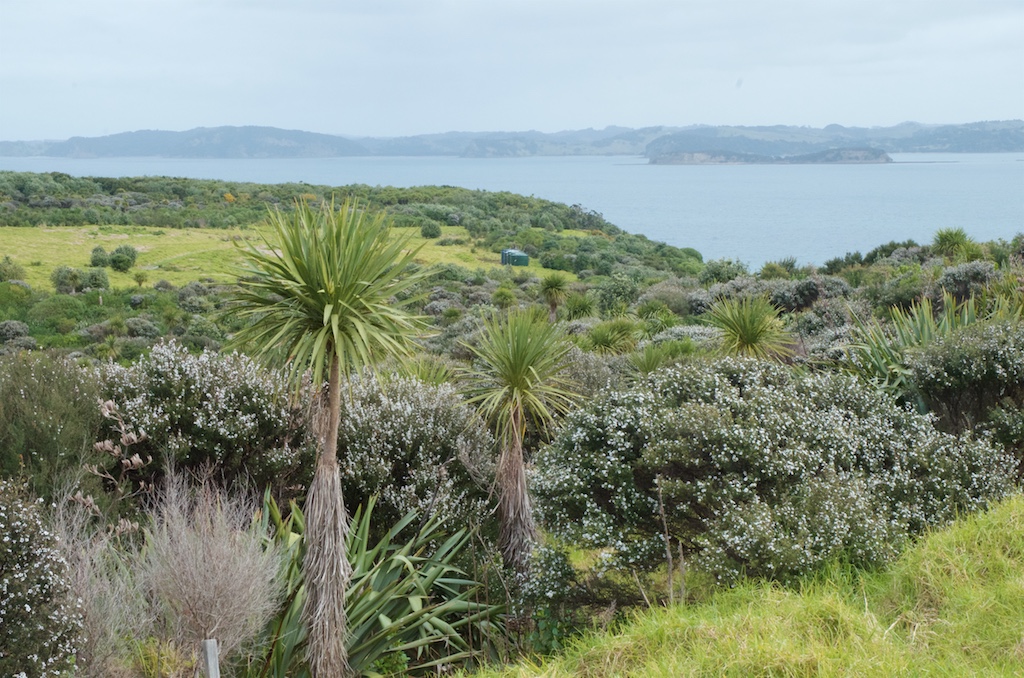 Monitoring of seabird nests and wekapunga release sites, infill planting of maahoe (whiteywood) harakeke (flax) and tii ngahere (cabbage tree), nursery weeding and recovery of water tank piping were the tasks completed by the 13 people who water taxied to Motuora on a calm and cloudy early spring day. 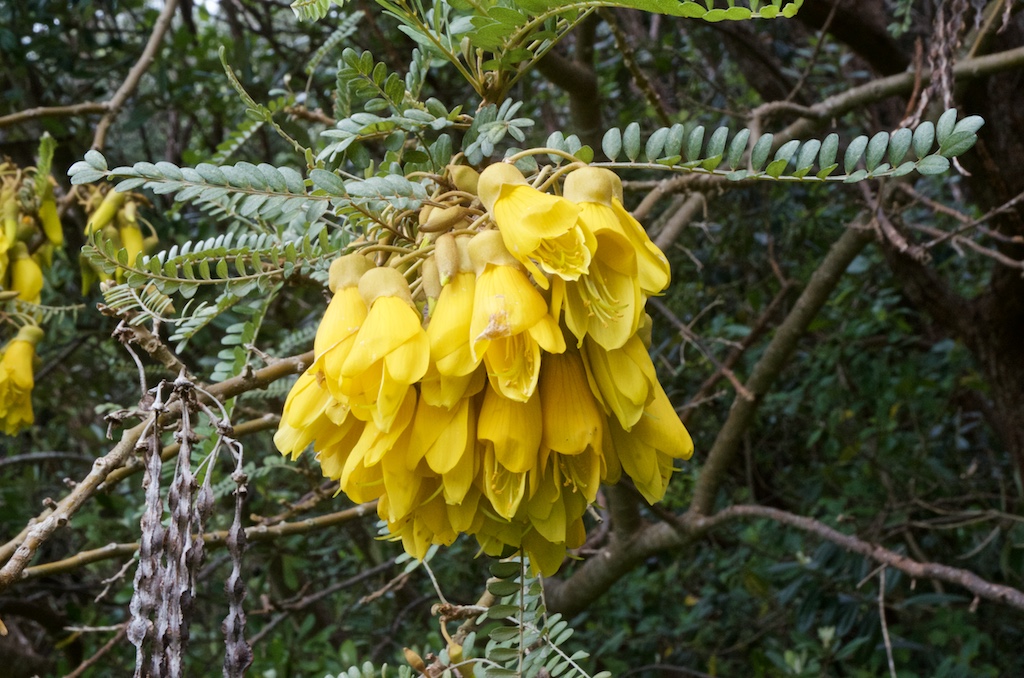 Kowhai and Kanuka were in full flower and the bush was lush and green after a wet winter. 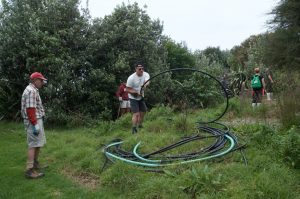 As the new water tanks are in place the piping from the old water tanks was recovered with Kevin’s capable guidance. This involved locating the pipes in the Kikuyu, dragging them out and coiling it for transport to Home Bay. 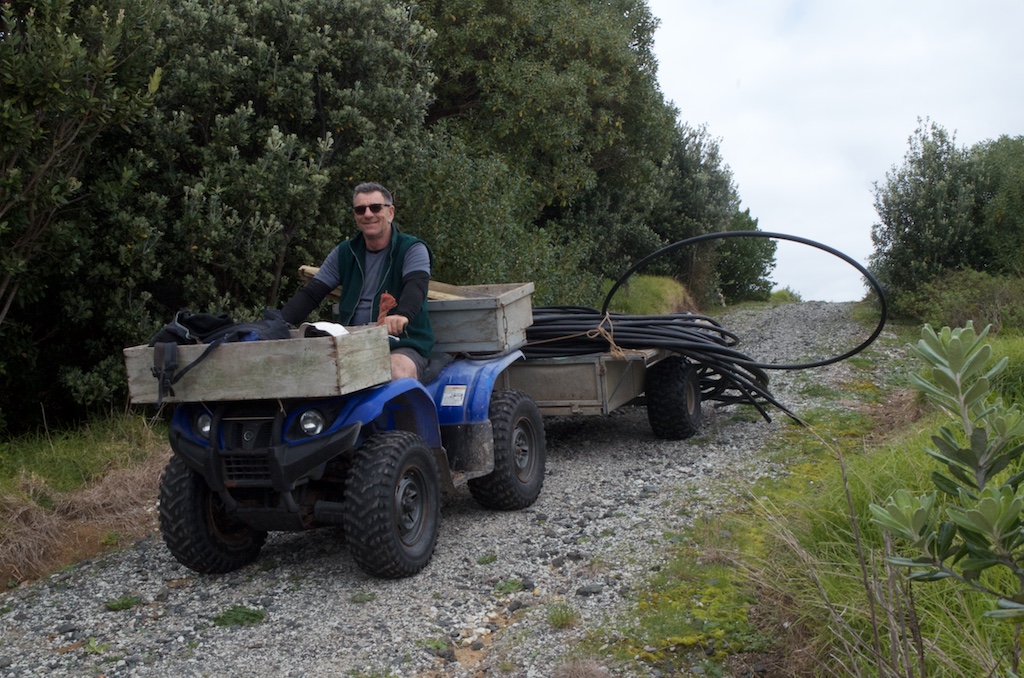 I was disappointed to not see any Popokatea (Whiteheads) during my walk over the ridge track but I did see Magpies, Pukeko, Tui, Piwakawaka, noisy Spur Winged Plovers, California quail, and this pair of Tuturiwhatu (NZ Dotterel). 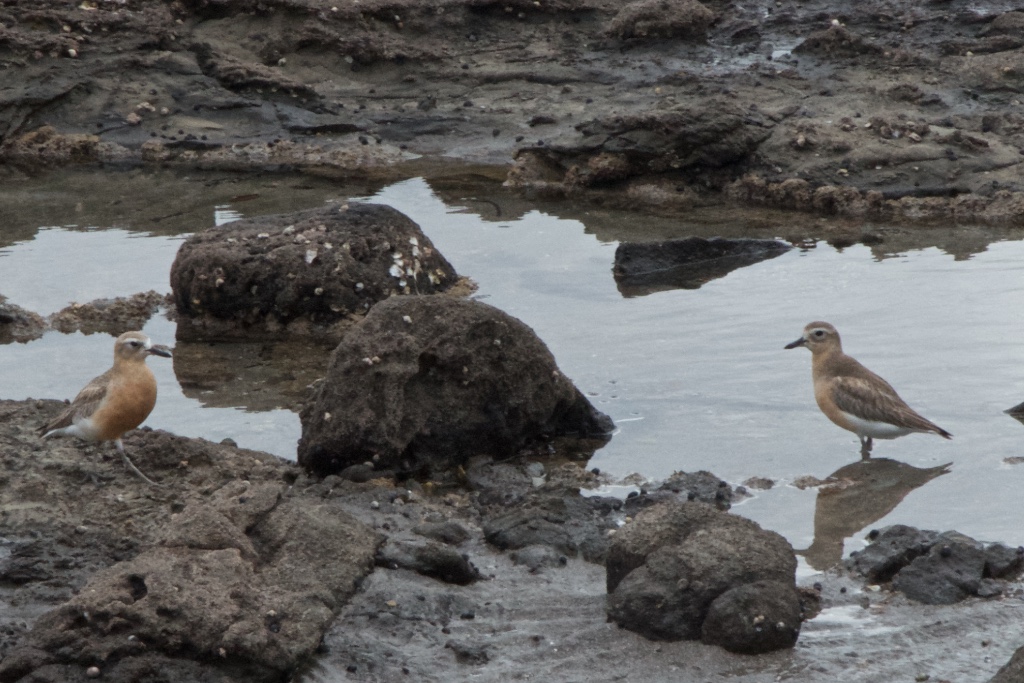 The new water tanks replace the broken plastic tank that stood beside the original concrete tanks. Here are two images of the old water tanks. One taken in 2004 and the other taken on this visit: 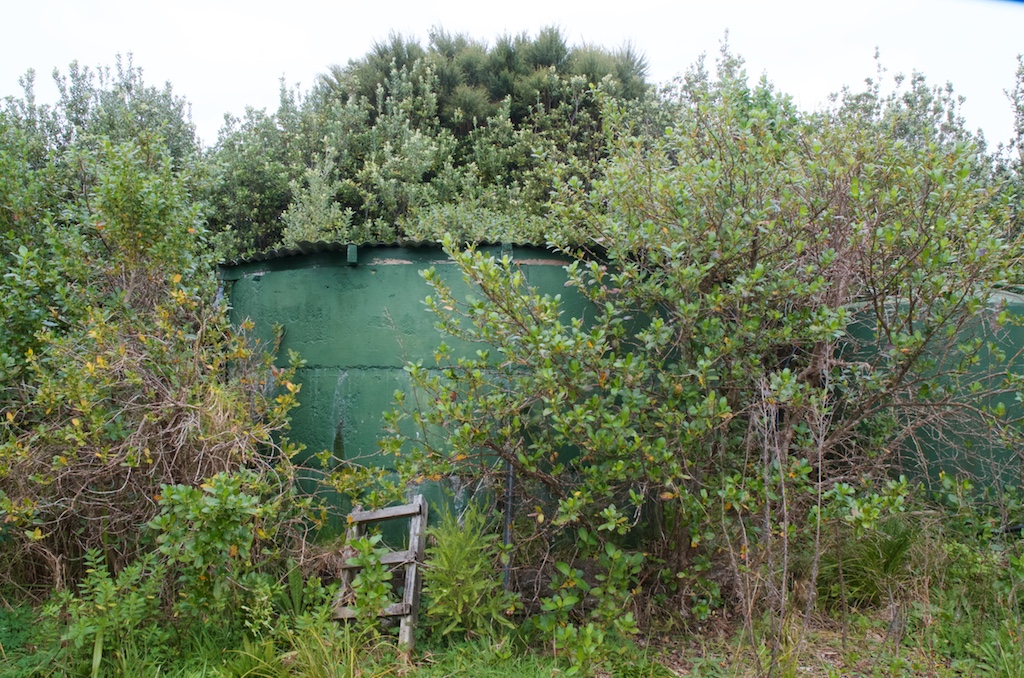 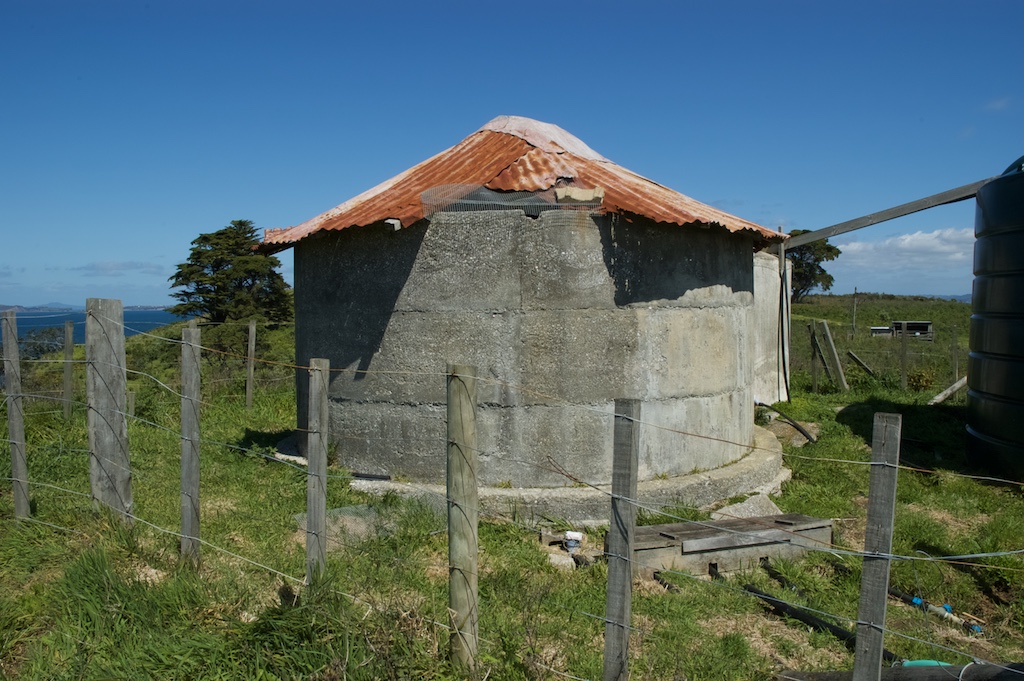 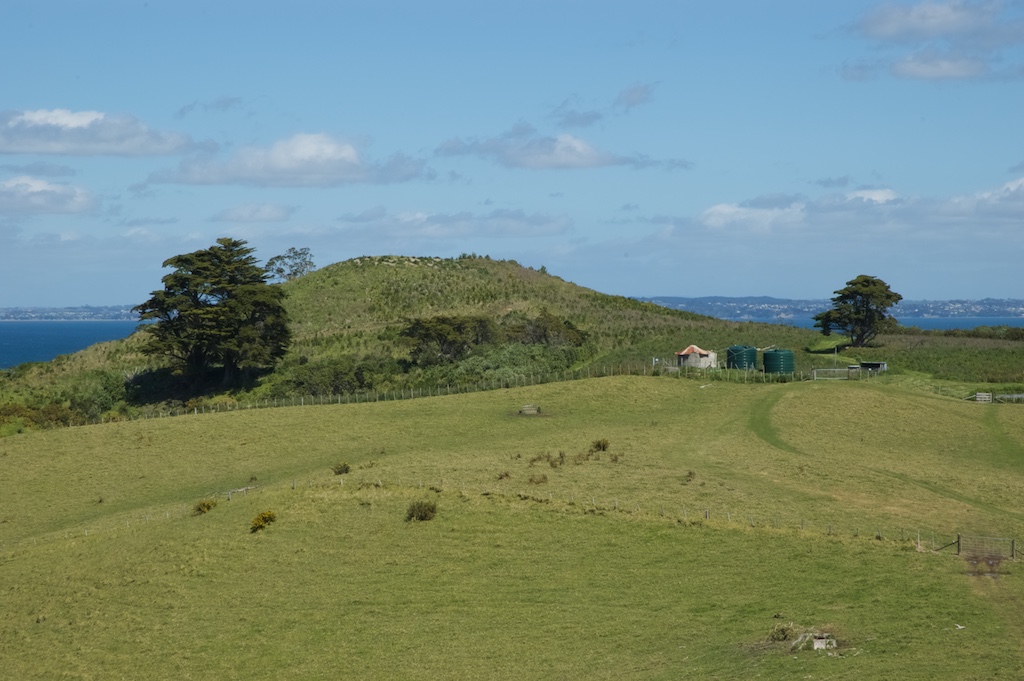 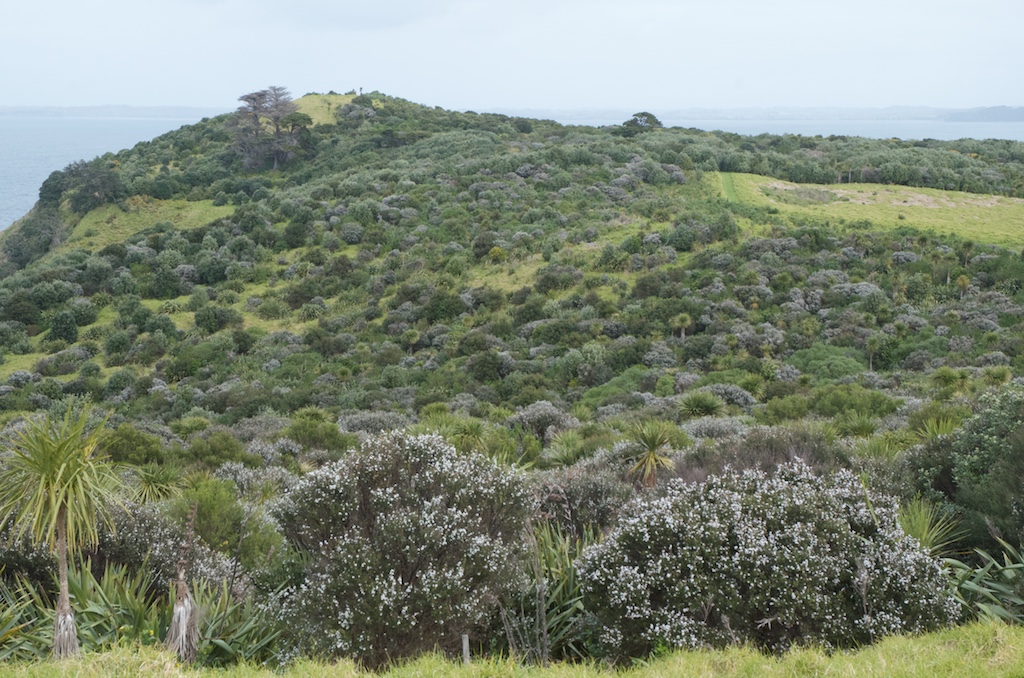 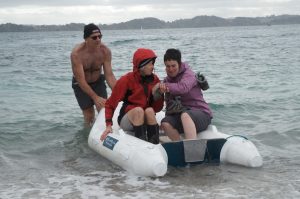 MRS has arranged for the manufacture of ladders to facilitate disembarking and embarking to and from the water taxi at Home Bay. In the meantime we improvise using this little white dingy and Kevin’s skill and hardiness: 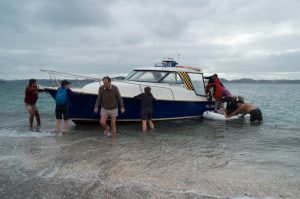 Please renew your membership of the Motuora Restoration Society if you have not already done so.

PLEASE NOTE THAT DUE TO AN EARLIER MEETING THE AGM TIME HAS CHANGED TO 7:30PM NOT 7:00PM AS PREVIOUSLY NOTED. SAME VENUE:

Agenda and Discussion as previously noted (see below)

What has been Achieved and What Needs Doing

After the formal business of the AGM we will have a brief presentation on how much of our current Restoration Plan has been achieved with species translocation and how much remains to be done. This will be followed by an open discussion on future priorities and how these might be achieved. This is an opportunity for members to hear about, and to have an influence on, our future direction. Please come along to our AGM and contribute to the discussion. 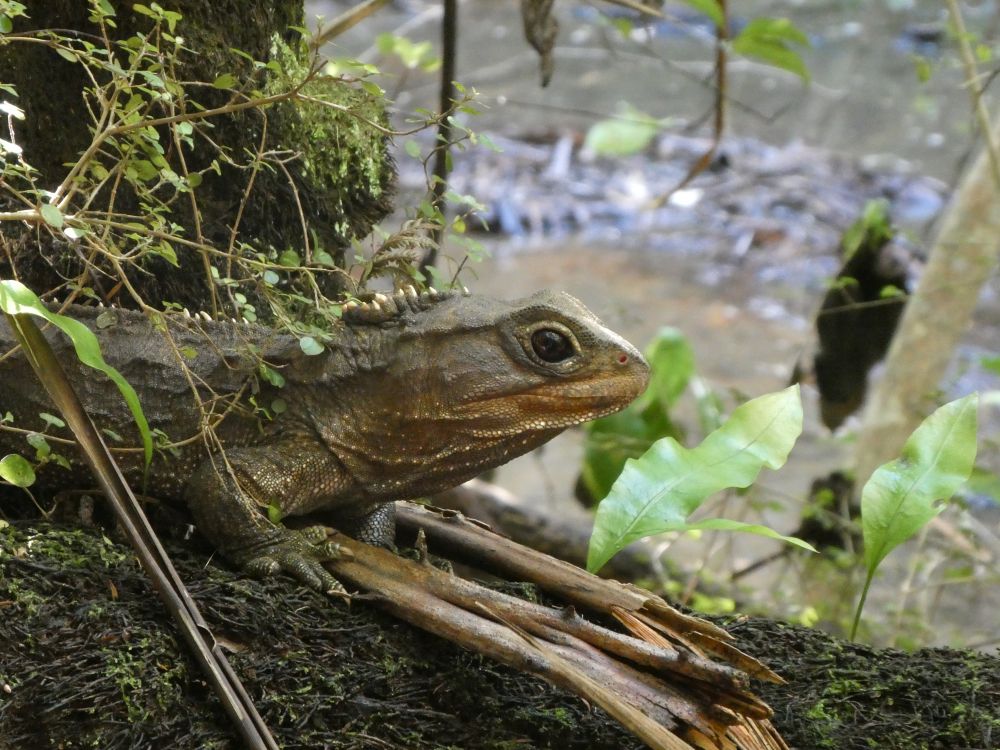 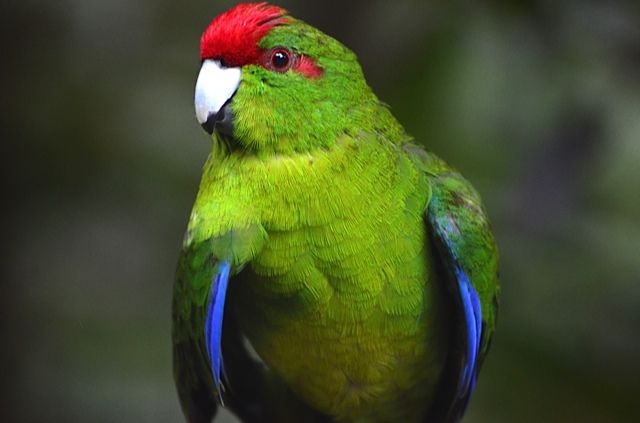 1. Minutes of the 2017 AGM
2. Matters arising from the Minutes
3. Financial Report
4. Chairperson’s Annual Report
5. Election of Officers and Committee Members*
6. Subscriptions for the 2018/2019 year
7. Any other Business

A short presentation on the work and aspirations of the Motuora Restoration Society will follow the AGM. The committee is keen to discuss our future plans and welcome members to join the committee.

*The officers of the Society comprise the Chairperson, Deputy Chairperson, Treasurer and Secretary, and the Constitution calls for at least two other committee members. Nominations for all these positions will be accepted by mail, to be received by the Secretary at PO Box 100132 North Shore, North Shore City 0745, by Thursday 22 May 2018. Nominations will also be accepted from the floor at the meeting. All nominees, proposers and seconders must be financial members of the Society.

We are keen to have new members so please feel free to attend our AGM and meet current committee members. 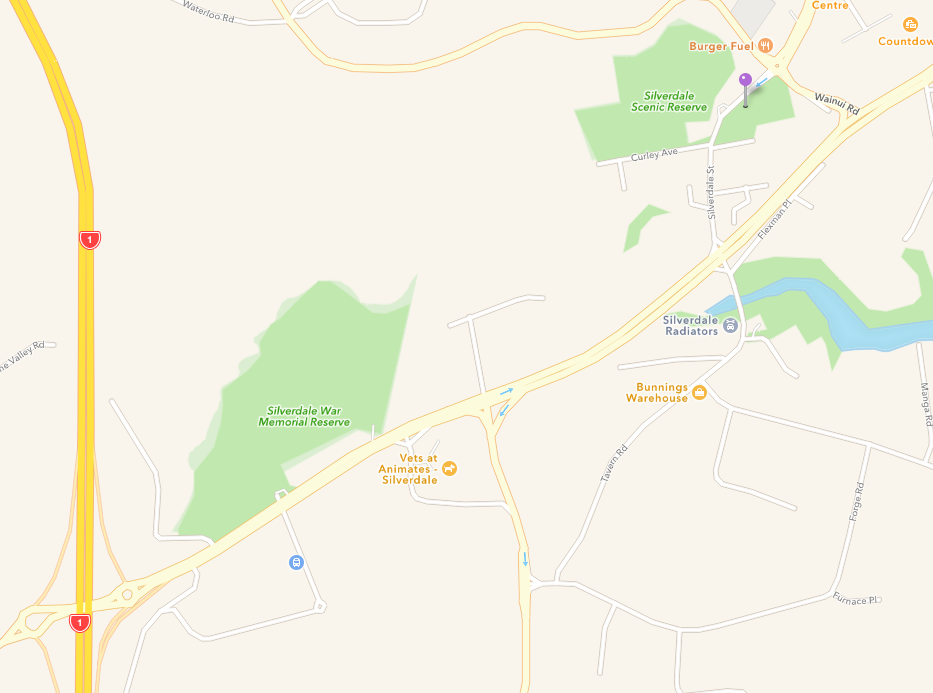